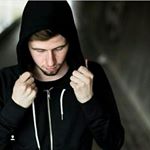 The 18-year-old Norwegian artist Alan Walker has made entry to the global music scene as one of the most successful artists in 2016 with his hit song “Faded”. Growing in the digital age, Alan was early in computer interest, which later developed into a fascination for programming and graphic design. In 2012 he started making music and with help and feedback from his friends online, so his music has spread all over the world.